Whilst going through my extensive archive, all sorts of things have turned, up so whilst you think about whether or not to look at a selection of Berko photos, I found this from September 2009 which appeared in the next issue of the Parish magazine (other articles are available as I never throw things away!!)

‘The sixties keep getting written about as I suppose those who were there appear to have the attitude that if you remember it, you weren't there. The latest one I've heard about is a book by Jenny Diski and entitled 'The Sixties' - catchy or what?

Being, (as most who know me) bitter and twisted and not being stupid enough to waste my time going to university, I thought we ought to start putting the record straight as far as our little town is concerned. The sixties in Berkhamsted brought big changes. Most of the town centre was knocked down and housing going up everywhere. This was the time when the railway was being electrified, commuter housing going up and the town expanding in an effort to catch up with the rapidly expanding new town of Hemel Hempstead.

You are going to have to forgive my recollections in some areas as I got hit by a bus in 1982 which has resulted in gaps due to a bump on the bonce, so let's start with the obvious. Durrants Estate was started just after I came to the town and, naturally, my parents moved into one of the first council houses (remember council houses?). Normal schools for us ‘ruff raff’ were Chapel Street and Gossoms End, then to Park View or Victoria and then to the 'bi-lateral comprehensive' school called Ashlyns at the top of Chesham Road (this was the main road to Chesham). Choice was not high on anyones list.

In the early 50's most of the town had gas street lighting, a Sainsburys, the major retailer was the Co-op. Most roads had small grocers on the corner or little groups like Gossoms End,  Kittsbury Parade, Gravel Path, REX Parade and the Hall Walk. We had a lot of pubs, two cinemas, the KA Hall and the Town Hall. Being on the main road between London and Birmingham, the High Street was somewhat busy. Indeed, my grandfather was a chauffeur before the war, and I can recall him telling me  that you always knew when you got the Berkhamsted as the roads were terrible and we had traffic lights (uncommon outside London before the war). Air operated and it didn’t take long to work out that by jumping up and down on the black rubber mound crossing the road, the lights would change - useful when you wanted to cross (imagine crossing the M1 - after all, it was the main road from London to Birmingham).

Before we get to the sixties, what else sticks in my mind? Well, the High Street had nasty yellow street lighting installed in the early 50's. You couldn't walk down the High Street without having to stop and natter to at least half a dozen people. Sharlands was the alternative to the Co-op, Harts, Gilbert's and Norman Clarke were the shops for TV,radio and other electrical bits as an alternative the Co-op. On a personal front, I recall the school dinners being served at St Peters Hall, after a long march from Victoria, playing hop-scotch on the pavement in Holliday Street, the 'rec' in George Street, the paddling pool on the moor, falling into the lock at Ravens Lane (mention in local press and dad got a bill from British Waterways for ‘saving’ me), the slate to write on at Chapel Street school and the milk being warmed on the heating pipes at Victoria (along with the cold outside toilets).

Bye the bye, I’ve been actually reading one of the many books about Berkhamsted (in particular ‘Berkhamsted - an illustrated history’) and either my memory has gone walkabout or the author didn’t spend much time in the town and just looked a photo’s and reference books as no mention of the main West Herts Co-op, Outspan (remember the little oranges on wheels) and shops such as Phyllis Millers or Potters shoe shop not to mention the Express Dairy shop in Lower Kings Road, oh, I could go on but it must be me!

Whilst in the mood, look out for my booklet walking around the Sunnyside side from the station and back via the canal, Garden Lane up to Ashlyns and back to the station - thoughtfully done in two routes to meet the needs of the disabled unlike the offshoot on the Town Council web site.’

The A4 version - simpler is here

Once again my rummaging has produced results. How would you like to read the Official Guide to Berkhamsted?  No, well move swiftly on but for those who are curious here is front cover in glorious colour

Now you have had the taster, how about the whole thing?

My rummaging has no bounds as I’ve found the program for the spring fair on June 6th 1977 in the Castle grounds before the Duchy of Cornwall decided it was far to damaging to the ancient monument. They noticed it after at least 20 years of events being held there. I seem to have kept it because it was the Silver Jubilee Fete to celebrate the Queens Silver Jubilee. I have made a copy but cannot be bothered to upload it at the moment as no-one would be interested.

Guess what, I’ve now found the Berkhamsted Town Council Souvenir Programme (price 25p) for the week, and no, I didn’t win the £50 for entering the draw. The interesting thing is the advertisers in both publications. It was a lively little market town until it turned into commuter town.

You will find out what I’m currently up to at www.normancutting.co.uk

Comments and suggestions best done by dropping a postcard I suppose you can still get them? to the address below with an e-mail so I can reply.

Wondering why it’s not here, well it used to be but I got fed up with all the begging letters from very rich people or people I don’t know wanting to provide Internet services and I’m sure I’m not that popular or rich - come to that, I know I’m neither. I expect you are the first visitor this month so that proves it!

I suppose it’s only fair to include the odd photo or two. Sad to say I have more, but if you remember any of these people, you might like to keep it it quiet!!

Don’t worry, I’ll be back in spite of what everyone thinks! 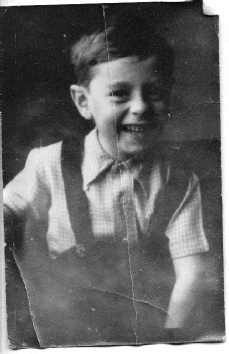 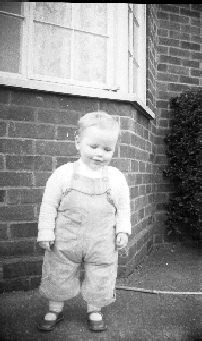 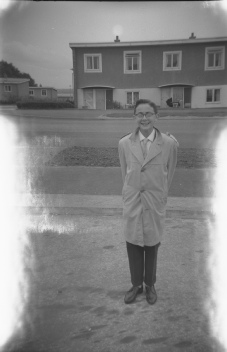 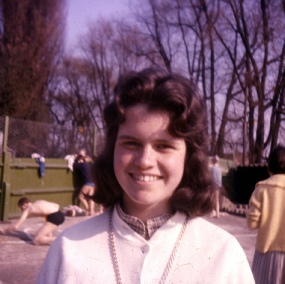 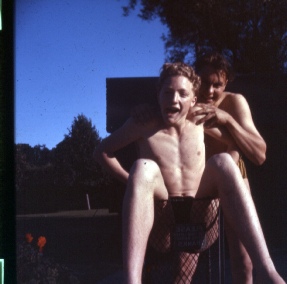 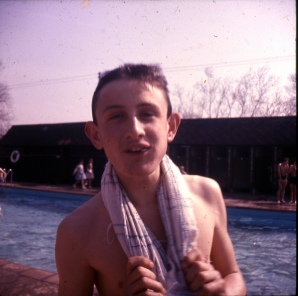 In case you are wondering - ‘tis me!